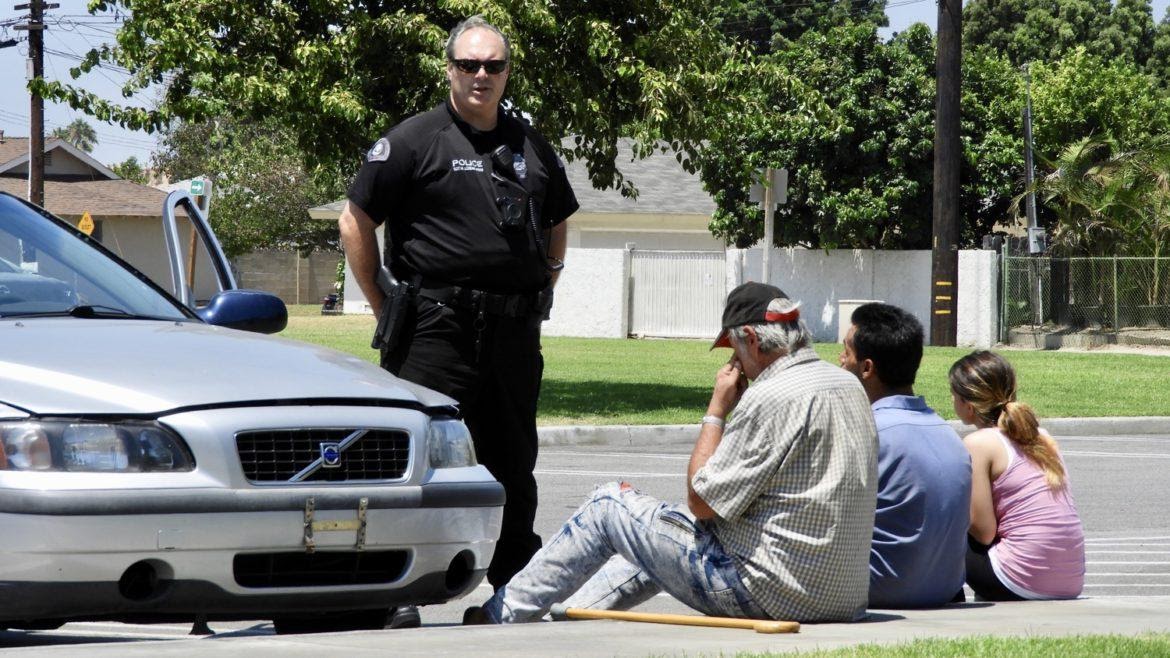 You have been detained when the police have applied either:

A lawful detention occurs only when there is a clear nexus between the individual and the ongoing offences being investigated.

If you have not been lawfully detained, your right to be free from arbitrary detention and imprisonment under s. 9 of the Charter of Rights and Freedoms has been breached, and you may be entitled to legal remedy later on in the form of exclusion of evidence or a stay of your charges.

What to do when detained by police

If you are told you are not being detained, you are free to walk away from the officers questioning you.

If you are told you are being detained, you should not resist or try to leave, as doing so could constitute the offence of obstructing police. The police are permitted to use handcuffs to restrain you during investigative detentions.

You are not required to answer any questions, including basic questions as to who you are or where you live.

Charter rights that trigger upon detention by police

Once detained, the following is true:

Section 10(a) of the Charter guarantees detainee’s rights to be “informed promptly” of the reasons for your detention. If the reasons for your detention changes, you must be informed again of these new reasons. However, this does not require police to tell you explicitly why you’re being detained, as this requirement is satisfied as long as the detainee can be reasonably assumed to have understood why he was being detained and the general extent of his jeopardy based on the questions being asked.

Section 10(b) of the Charter requires police to inform you of your right to call a lawyer of your choice or a duty counsel provided by a legal aid program without delay, prior to trying to find a telephone, conducting any searches or asking any preliminary questions. The police must also give you an opportunity to do so within a reasonable amount of time.

Detainees must be reasonably diligent in exercising their right to counsel. If the police ask you if you wish to call a lawyer now, you would be well advised to say yes. Speaking to a lawyer can offer detainees an awareness into the extent of their legal jeopardy. You could receive legal advice about whether to speak to the police, whether to participate in line-ups or polygraph tests, as well as context-specific instructions and warnings to prepare you against potential police trickery that may be used against you. Although this may come as a surprise for some, there is nothing barring police from lying to you – be it about the evidence they have or do not have against you, whether other witnesses have made statements implicating you, or about whether any exculpatory statements you make can assist you in court (they usually cannot).

As with your right to be re-informed of the reasons for your detention if they change, police also need to inform you of and facilitate your right to call a lawyer another time if there is a “fundamental and discrete change to the purpose of the investigation, one involving a different and unrelated offence or a significantly more serious offence than that contemplated at the time of the [original s. 10(b)] warning”, as well as if the police are subjecting you to a non-routine procedure like a line-up or a polygraph test.

Failure to adhere to the above may result in breaches of your Charter rights under s. 10(a) and (b), and may result in the statements you make to police before being apprised of these rights inadmissible at your trial.

Your right to be free from unreasonable search and seizure by state agents is enshrined in s. 8 of the Charter. When you’re detained, the police do not have an automatic right to search you for evidence of any crime. Rather, they can only search you if the officer has reasonable grounds to believe that the officer’s or others’ safety is at risk, or if you have something that can facilitate your escape. Even then, the type of search is initially restricted to a pat-down of the person for weapons only.

Whether the officer has reasonable grounds to believe you are carrying a weapon or other items to assist in your escape depends largely on the context of the scenario. For example, a previous case has stated that reaching into a detainee’s pockets for a soft baggie of marijuana breached the detainee’s s. 8 rights against unreasonable search and seizure, but in another case, when an officer felt a hard object in the detainee’s pocket that could have been a weapon, the search inside the detainee’s pocket was justified. In yet another case, the court found that the police were justified in seizing a cellphone when they heard the detainee say on the phone, “They’re here now”, as the phone could have been used to summon assistance.

The information the police has prior to detaining a suspect can also help determine whether they indeed had the reasonable grounds for the search conducted, as in one case where the search of a detainee’s vehicle’s interior was found reasonable. Here, the officer’s prior knowledge of an alert that the suspect may have been carrying a gun, coupled with the suspect’s apparent attempt to conceal something in the car, gave rise to a concern that he had immediate access to a weapon.

< Back to Client Resources | Next: Arrest >